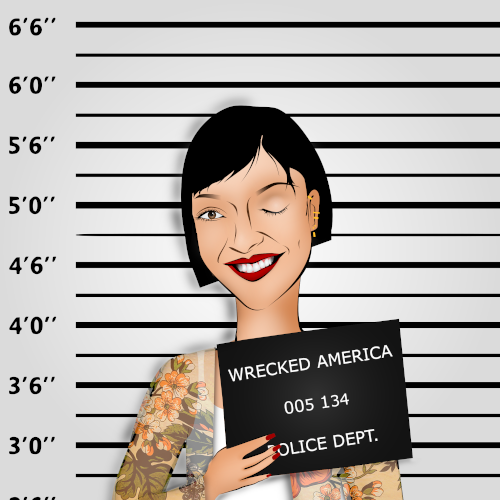 You Can’t See Me

So American Airlines (AA stands for “always annoying”) made a black woman in a romper get off the plane, with her young son, because her attire was inappropriate. Of course, they didn’t know when they did it that she was NOT a hip-hop queen, or a welfare queen, or a drag queen—she was an MD. Now they are falling all over themselves trying to apologize and unsay what they said in the face of her lawyer (who I hope is black, female, and wearing a romper).

BTW—her selfies in her outfit look perfectly acceptable to me; I’ve seen loads of cleavage and ass cheek on planes and she wasn’t showing any of that. She says the AA staff were racist and sizeist and I gotta agree ‘cuz I can’t see anything offensive unless I don’t like to see black skin and black curves.

Every professional woman has had to deal with some asshole, be it a boss, a neighbor, or a system, that has to be clubbed over the head with our credentials before they can unsee their stereotypes of who we are supposed to be. “Supposed” being the key word here, as in “I suppose you got your position because of your looks/daddy/fellatio skill set.” Add brown skin to the mix and the supposing gets bigger and uglier, and the actual person gets smaller and more difficult to see.

Racism and sexism in America—and apparently on American—are alive and well. I’m lucky enough to have some credentials to club with; not every woman does, and every woman shouldn’t have to. Personal dignity is a human right—more honored in the breach than the observance. In Trumpian times, we’re getting to see what a lot of people and systems REALLY think underneath the mask of appropriate behavior. Maybe that’s a gift… It’s certainly a call to arms for women and every “other” group out there. Back to the trenches, folks. The war ain’t over.