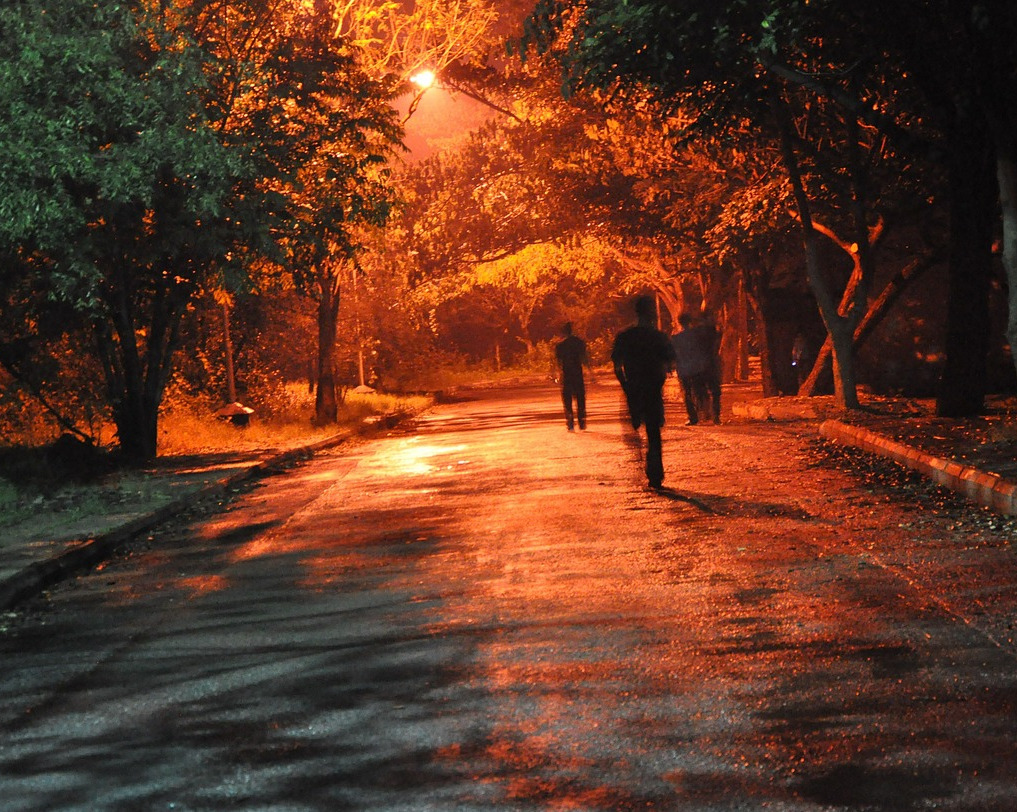 Winded yet invigorated, Dr. Flo rounded the corner and hauled ass down the pavement in the near empty city.  Spotting a large, green dumpster littered with spray paint tags, she glanced quickly over her shoulder before coming to a full stop and plopping down out of sight for a rest.  Sweet escape, Dr. Flo thought, as a slow, mischievous grin slid across her face.  Her thoughts drifted back in time, and Dr. Flo chose to follow them, remembering...

“...Chop leaned against the white solid door, trying to catch her breath as she gripped her knees and smushed her head into them, muffling the sobs. Contemplating the pair of scissors she had brought home from school that day, she wondered if plunging them into her heart would be any less painful than the emotional pain and desperation she was experiencing in that moment. The thought of suicide by scissors was replaced in an instant with an up swelling of rage. Why should I use these scissors on myself?! she thought. The one who truly Deserves to feel this pain is the one down the hallway, the one who is capable of spewing monstrous venom at a child without batting an eye.

Rage drained back into sadness, and Chop re-grounded in the present moment, unaware of her growing capacity to disassociate into vengeance filled fantasies.

One day. Chop thought between gritted teeth and free flowing tears. One day I'm going to figure out exactly how to beat this shit - how to beat Her.  In actuality what Chop really wanted was to learn how to Change Her - She who bears the god-like label of “Mother.”  Whatever is wrong here - someday I'm going to figure out what the hell it is and exactly how to fix it. Or at the very least, how to make someone pay for the fact that it's broken. Chop knew it wasn't okay the way words were used and the way people were talked about and treated in her house in south Louisiana in the 80s. For now though there was only one sure fire way to make the fear die down - and that was to fight - to show Power.

To make - to force -  her Mother to consider Chop’s perspective. It might take 5 or 10 tries, and it might involve kicking the locked door open, foaming at the mouth, screaming, yelling, and demanding to be heard, and multiple weepy apologies and explanations.  Forcing, Demanding, Controlling, Insisting, Begging, and a whole host of other tricks and tools - these were the only coping strategies and defense mechanisms Chop knew to use to war against her mother’s domination.

Gaining power and control by any means necessary - that was the ticket. That was the only solution Chop knew to get her needs met at 8 years old. There's got to be another way. Chop thought as she prepared to head down the hallway to her mother's room. “There's got to be a better solution,” she mumbled to herself as she balled her fists, steadied herself, and prepared for another battle...”