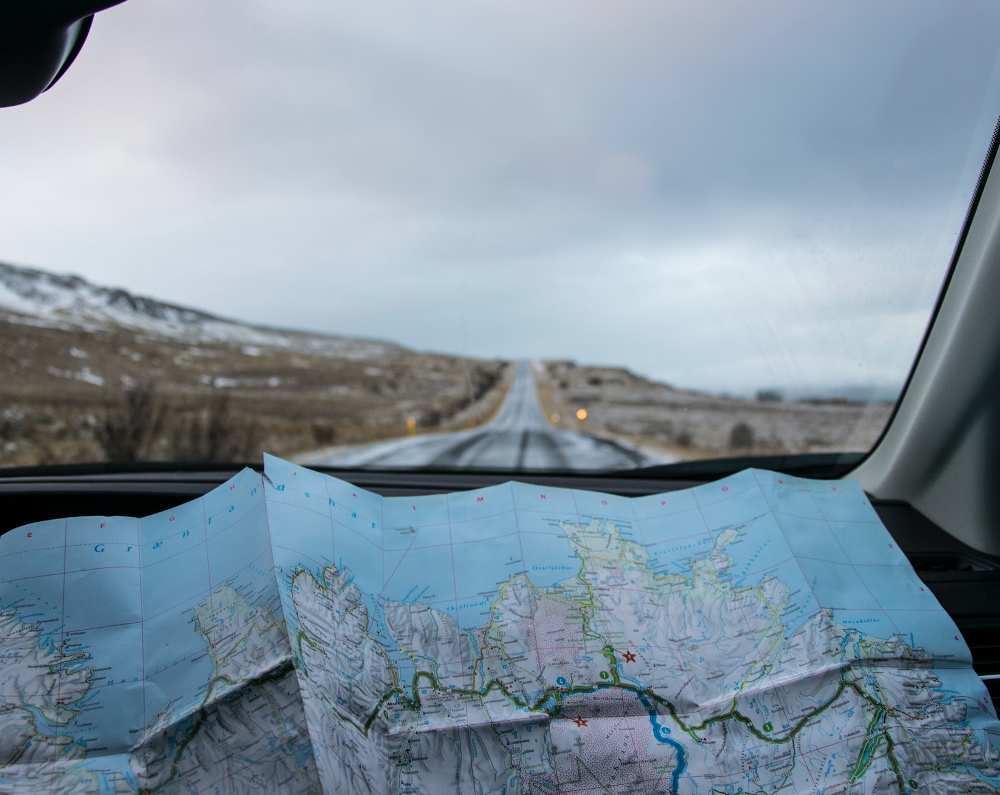 Dr. Flo sat down at her computer again, glancing out her window and noticing the wind whipping through the trees in her front yard.  Blues skies provided an idyllic backdrop, and if one didn’t know any better, one might get the feeling that all was right with the world.  Alas, though, as Hunter noted in today’s Wrecked America podcast, “Our world is on fire.”  Dr. Flo felt better knowing she wasn’t alone in that recognition.  She knew, however, from recent experience, that what some might characterize as “dwelling on” all the many ways in which the world is currently on fire has not been terribly supportive of the transformation and the fulfillment she and Hunter had been discussing.  Walking the line between Acceptance of Reality and Committed Action toward Change appeared these days to be a good mantra for Dr. Flo’s Serenity, Courage, and Wisdom one day at a time.  Trudging the road of happy destiny looks different on different days, Dr. Flo thought to herself.  Today let’s bring everybody up to the present day by finishing the story that Time cut us off from last time.  Where were we? Oh yes, the missing piece of the treasure map in the love addiction/love avoidance cycle...

Back to 2015 and her early days of recovery in Codependents Anonymous, Dr. Flo even had an awesome sponsor who could see right through her bullshit and was willing to call her on it.  Unfortunately (fortunately?), Dr. Flo’s sponsor had enough recovery on board to refrain from giving her opinion unless asked for it.  Fortunately (unfortunately?), Dr. Flo didn’t have enough recovery on board to consider asking her sponsor for her opinion about beginning a relationship with Kari.  One of the things that Flo found so attractive about Kari when they first met was that Kari knew who Pia Mellody was and had read her books about Codependency and Love Addiction. What Dr. Flo didn’t find out until later (when it seemed too late!) was that Kari’s original response to Pia Mellody’s books was diametrically opposite to that of Flo’s.  About a year into the relationship, Kari confessed that, after reading about three quarters of one of the books, she had quite literally thrown it in a campfire and vengefully watched it burn.

That little morsel of information was just one of a number of trust fouls encountered by Flo and Kari early in their relationship, and within the first year, after Kari didn’t take well to Dr. Flo’s first few attempts at using “I statements,” Dr. Flo did what any good love addict does, put down her step work, and made Kari her Higher Power.  By the summer of 2016, Flo had stopped attending recovery meetings, and for the first four years of their relationship, Dr. Flo’s only consistent exposure to 12 step recovery involved annual retreats with Texas State CODA, during which Dr. Flo would briefly wake up and recognize the dysfunctional relationship patterns she and Kari were carrying out, day after day, week after week.  One of them would get triggered which would trigger the other which would trigger the other in ad infinitum in what seemed like endless cycles. In spite of the experiences of traveling to fantasy destinations including a honeymoon in Italy and another in Maui, mundane life at Dr. Flo and Kari’s home was characterized most frequently by repetitive patterns of retraumatizing each other through subconsciously playing out the dramas of their family of origins in their living room.  They also played this drama out in the offices of seven different marriage counselors.

In the spring of 2019 Dr. Flo was feeling trapped in the addictive cycle of the relationship and desperate for change.  The treasure map of Pia Mellody’s “Facing Love Addiction” found its way into Flo’s hands again, signaling to Dr. Flo that she was becoming (or had become) powerless over more than just her relationship, that she was becoming powerless over her use of alcohol as well.  Dr. Flo’s drinking career had started in college, and her participation in Greek life through involvement with her sorority served as a great network for designing her own self-directed four-year course in binge drinking.  She carried the propensity into graduate school and began drinking to cope when stressed out over her grades or relationships.  It was an easy transition carrying this progressively growing habit into her marriage with Kari, and probably about four marriage counselors in, Dr. Flo began to wonder if she might have a problem.  Having attempted to exit the relationship with Kari without success multiple times over the past several years, Flo knew that she was not yet willing to face the full reality of her love addiction. In consulting Pia Mellody’s map, Dr. Flo decided that alcohol was the current X marking the spot of the new starting point for Transformation.  Weary from the power struggles of the past four years and nearing defeat, Dr. Flo found herself on what would have been her father’s birthday at her first meeting of Alcoholics Anonymous on April 1, 2019.

Dr. Flo looked up from her computer, and just like that, the wind blew, the clock ticked, and it was TIME for the yoga spandex again.  Dr. Flo out.