Does That Make Me Crazy?

Does That Make Me Crazy? 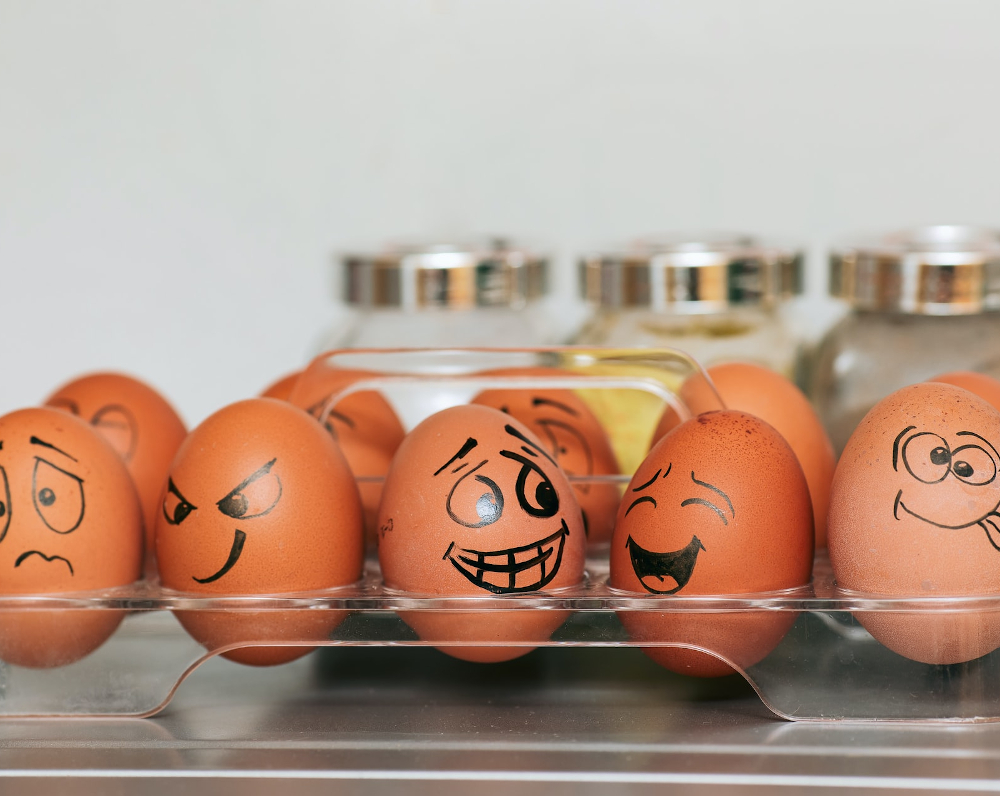 Good afternoon, Audience, Dr. Flo here!  Just hung up from the Zoom call with my good friend Hunter after completing today’s Wrecked America podcast.  I’m feeling pretty fired up about the concepts we were talking about today so I’m just going to run with this on my own - I’ll let you know if anyone else shows up and takes over the keyboard (Leo’s been known to do that on occasion).  Also, WARNING as this might turn into a bit of a rant (which tends to be a favorite of Ice Pick’s that Chop also enjoys collaborating on).  It’s what I’m feeling authentically today though SO, SORRY, NOT SORRY (A little bit of Ice Pick stepping in there).

Anyway, Hunter and I were talking about these concepts that are near and dear to my heart - questioning the concept of the word “CRAZY” and what people in the rooms might mean when they refer to it.  What does it mean to be crazy? What does it look like to be crazy?  When does a person cross over that line from sane to insane? And who decides?

I was blessed to attend graduate school at a time and a place where those who were teaching and training me questioned their own assumptions on a regular basis and taught me to do the same.  The experience of learning the necessity of questioning everything was quite distressing and disorienting at first.  I, Dr. Flo, personally began experiencing symptoms of Panic Disorder during my third semester of “shrink school” (as one of my favorite professors used to refer to it).  Given that I can remember exactly what I was doing the moment I began having that first Panic Attack, I’ve never questioned the etiology of my “panic disorder” as it has always seemed to make sense to me that what I was doing at the time would lead any reasonably sane and intelligent person to experience “excessive” and “persistent” fear (those two words being the major descriptors of what differentiates the “disorder” in anxiety disorders from what is referred to in the Diagnostic and Statistical Manual of Mental Disorders-Fifth Edition (DSM-V) as “developmentally normative fear or anxiety).”

What was I doing that I can say with such conviction led to my experiencing panic that day, you might ask? Well, ironically, I was doing my homework.  That summer of 2003 I was taking the required class called History and Systems which every first year graduate student in Clinical Psychology was required to take at my university.   My homework that day was to read chapter two of the third edition of Thomas Leahey’s (2001) “A History of Modern Psychology,” and the sentence that led me to the psychiatrist’s office begging for benzodiazepines that July is the following:  “Idealism (including immaterialism) is a monist answer to the mind-body problem, claiming that only mind exists, matter being an illusion (p.47).”

Perhaps your mind happens to travel in a similar vein to mine and you immediately understand why that sentence would create such chaos and upheaval in my psyche, but in case not, I’ll give it my best shot to explain.  I grew up attending private school, elementary and middle school at a very small Lutheran school in Louisiana followed by high school at a slightly bigger, Southern Baptist school. Now, granted, I did attend four years of undergraduate university at a huge, public university in Texas, but still somehow managed not to encounter anything like this idea until this time.  Or perhaps it was simply the timing of the reading - or perhaps, probably most likely come to think about it - what might have been different at the time of reading was that 2003 was the first year of my life when I smoked a whole lot of weed every day.  But whatever it was, I would swear up and down that I “caught” the “disease” of panic disorder that summer from reading about and seriously contemplating the possibility that nothing actually exists in the physical, material plane.  And because there is no proof or evidence or facts that can dispute that possibility, my worldview continues to rest forever on the unstable and constantly changing ground of the reality of UNCERTAINTY.

Over time, my shifting and inherently groundless worldview gave way to the ease of accepting STEP ONE as I admitted I was powerless over REALITY and that my life had become unmanageable (i.e., panic disordered) when I tried to deny that.  In STEP TWO, I came to believe that I might be restored to sanity through the power of the GREAT REALITY (aka my Higher Power) and that by making a decision to ACCEPT and SURRENDER my life to the care of that GREAT REALITY, I might experience SERENITY in spite of the GROUNDLESSNESS of reality.

Each day I take on the different perspectives of those I serve and bear witness to their suffering in an attempt to utilize spiritual principles and values to create the conditions of nonjudgmental, unconditional openness and authenticity that my professors believed to be my contribution to the “healing” journey of those who ask for my help.  At the same time, I struggle daily attempting to explain and model tolerating the pain of uncertainty given that the UNKNOWN answers to the UNSOLVABLE philosophical questions provide the structure and backdrop to my entire profession.  My profession requires me to use the DSM as a classification system, and I experience myself as stepping from one reality into another in order to peer through that lens, attempting to categorize the uniqueness of each person into what seem like tiny boxes.  Sometimes with some people, the classification appears to increase the experience of human suffering as a result of the shameful stigma associated with “mental illness.”  At other times, the system appears to provide my clients with at least the illusion of control.  It occurs to me that the reality of the VAST UNCERTAINTY and the MYSTERY surrounding us all every day is a big part of what it means to live LIFE ON LIFE’S TERMS. I comfort myself with a quote from Socrates that hangs in my office:  “True knowledge exists in knowing that you know nothing.”