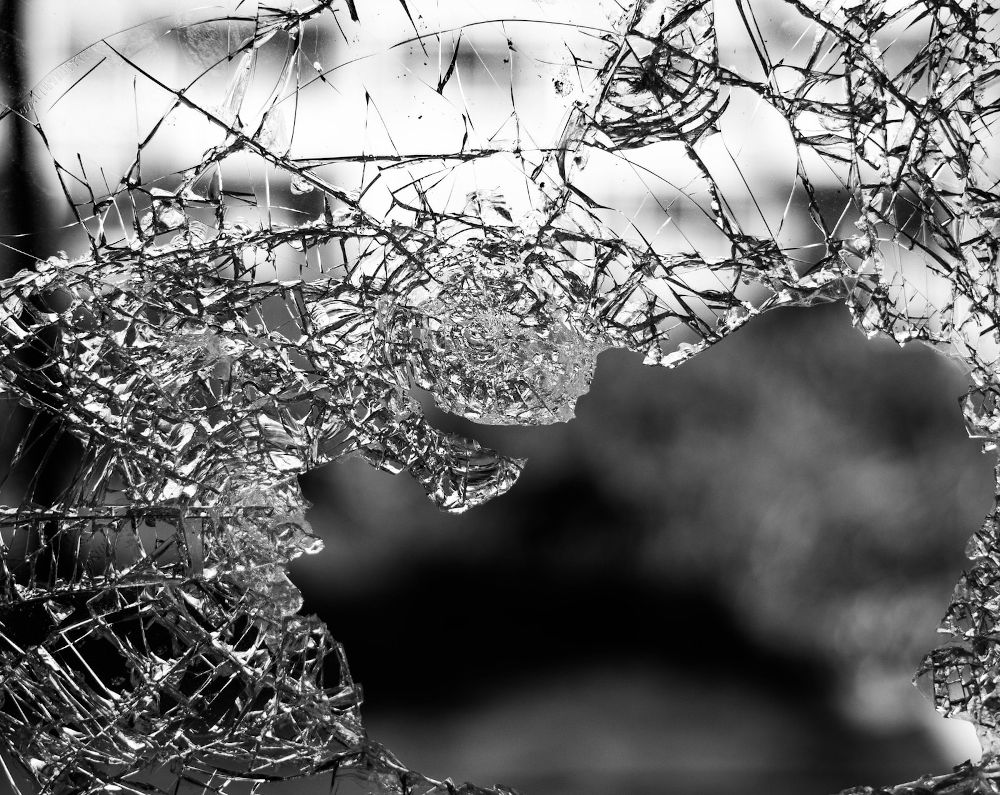 I come home one day and see all my shit on the lawn. This wasn’t fucking supposed to happen. The home is in foreclosure but I raised and paid the money to keep the sheriff off my ass or so I thought. “…Look at this shit…” I’m standing here looking over my belongings dumped everywhere. People from the neighborhood are coming up to me expressing their sympathy, like that’s going to get this shit put back in my fucking crib. This is when I meet Russ. Russ is the only one who puts some actions behind his kind words. Russ and his family helped me get my shit off the lawn and back in the house. This Cat ain’t a phony and has some balls. This is where Russ and I first get ride or die solid. I flashed back to that experience the day I walked into the new home I had just purchased years later but only some two miles away. It was empty but I looked at the new wooden floors and clean white walls. I smelled that new home smell and it brought back that moment of standing there and looking at all my shit on the lawn in front of the home in foreclosure.

Fast forward 10 years later, I lost the second home to foreclosure too. This time my I was out of town and I had my shit placed in storage before the Marshalls came to put my ass out. If a dog bites you once, shame on him. If that same dog bites you twice, shame the hell on you. Sean Anderson uses a term I like—Fugazi. The term is defined “…something that is fake or damaged beyond repair…” That’s like my past, something that is seemingly damaged beyond repair. I looked back on my past as a fucking Fugazi. But today, it’s different. I understand now. This is shit I had to experience. I had to lose those homes to foreclosure. I had to get kicked out of the Church, get divorced, develop my criminal enterprises and other shit. Without getting booted out of the Church, I’m not telling transformational stories. Without losing the homes in foreclosure, I’m not finding a Higher Power that can make a way out of no way. Without the tortured past of this dumpster fire I’ve called a life, I’m not discovering the power in owning our cast of characters, inner demons, and embracing badasses becoming more fully human and beautiful.

The thinking foremost in my mind these days is not about having gone thru that shit but how do I keep from going back there? There’s a movie I saw a few years ago called, “Next Three Days.” The point of the movie is the misplaced energy inmates spend planning how to break out of prison with little or no contemplating how they’re going to stay out. The key to a successful jail break the movie suggests is in being able to get out and stay out for at least 72 hours or three days. How do I keep from going back where I’ve been? I focus fearlessly and unswervingly on my unique take on the Fugazi of my past. The idea my past made me broken beyond repair is bullshit, it’s a fucking Fugazi.; it’s fake. This perspective requires me to refuse to see the negativity of my past as anything but a Fugazi and do the same fearless work it takes to stay out of the joint the Next Three Days when your ass is committed to never going back inside again.

My take on the Fugazi gives me empowering perspective on shit I can share with others who are dealing with and in the midst of their own dramas and journeys. My take on the Fugazi helps me keep my head down and keep on pushing no matter how thick or twisted shit gets somedays.

I’m believing this take is what’s needed to get me home successfully. Given the shit I’ve been thru, former friends and family probably thought, some might still think, I would burn in hell one day. I think they’ve bought into that fake and broken beyond repair Fugazi bull shit. I’m out here doing what I need to do to get home the best way I know how while making a difference in this world. But there are no guarantees. As CEO of New Urban Graffiti Entertainment, I’m trying to do something I don’t know has ever been done before. I’m committed to making a dent in history or die trying. I pray I’m not wrong about the Professor, Yalie, X and Sean Anderson. I pray I’m not delusional about what we can do to elevate humanity if we stay focused and stick together. I’m believing this is and we are the shit. I hope this ain’t just another fucking Fugazi.