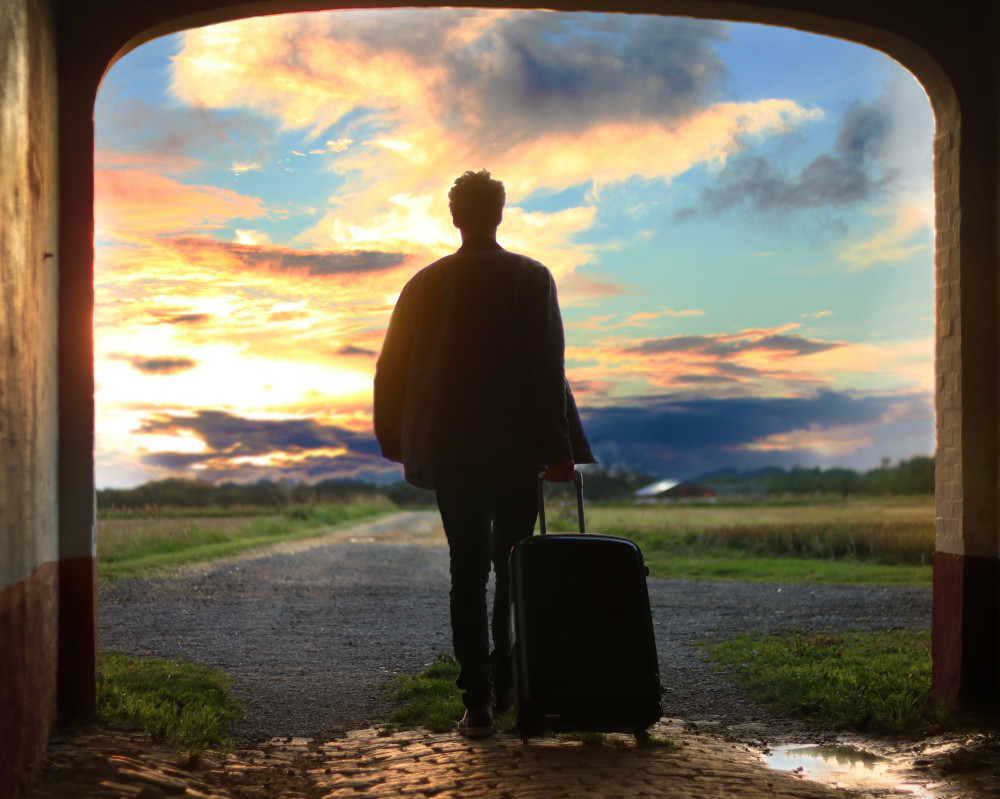 Catching sight of the golden rays of sun peeking through the leaves of the trees lining the sidewalk, Leo slowed down long enough to appreciate the growing familiarity of the sights.  The dusk air felt crisp as Leo pulled the zipper of his blue sweater up and warmed his hands inside his pockets, making his way down the block to the delicatessen on the corner.

Six weeks had passed since he had lugged his one suitcase up the steep incline to the rented room he had found hastily on that last day that he saw Her.  His sense of Time seemingly permanently distorted, Leo sporadically wondered how much clock time he might perceive as added to his life if he could calculate all of the moments that his mind spent fantasizing scenarios and creating grand dreams.

TIME. EXISTENCE. MEMORY.  Leo’s mind landed on and grasped each word, tenderly cherishing each before letting it go. Most likely the aspect of reality that had originally caught his philosophical fancy, TIME continued to take his breath away.  Ever since that magic moment when the lightbulb in his mind decided to switch on for the first time, he relished in the bittersweet joy of carefully taking each of the encoded scenes down from the cabinet in his mind’s coat closet.  He loved breathing in the moments that together made up the story of his life.  Almost as if caught in the act by the Dissociation Police, Leo startled back into the present moment as he recognized with renewed surprise the amount of time he had spent lately playing his very own simulation game, otherwise known as Leo’s Waking Dream.

It had taken him a good solid week and a half before he was able to sleep through the night without awakening to every little vibration of sound energy. He was amazed at just how conditioned his mind had become to alerting him to any possible threat to his survival.  Feeling the heat of shame rise up the sides of his neck and take up residence in his cheeks, Leo reflexively swatted away the sensory reminders of the part he played while working for the Prison Guard.  Experiencing such a strange mixture of shock, awe, and confusion, he paused to contemplate the surreal derealization that characterized the images his mind presented when trying to really remember what it felt like then. What it felt like to be so utterly convinced that what he had chosen was a noble undertaking.  How odd - how breathtakingly strange - that he had been so completely certain of something now recognized as obviously False.

“LIFE ON LIFE’S TERMS.”  The phrase had been introduced to him last night during the gathering in the courtyard, and it hadn’t been far from the forefront of his mind ever since.  Hearing the stories of the experiences of the other Travelers trudging the Road of Happy Destiny had graciously provided him enough peace to afford himself a full night of restful sleep.  With gratitude in his heart and a lighter spring in his step, his body relaxed into a reprieve as he recognized the faint drumming of hope, a sensation he had longed to feel but believed unlikely given the state of affairs in his life situation at this point.

Somewhere in another dimension, maybe even another galaxy, the well-dressed Frog sat down at his office chair, picked up the stack of papers in the middle of the desk, and blew off a giant layer of dust like he was blowing the seeds off of the most delicate dandelion.