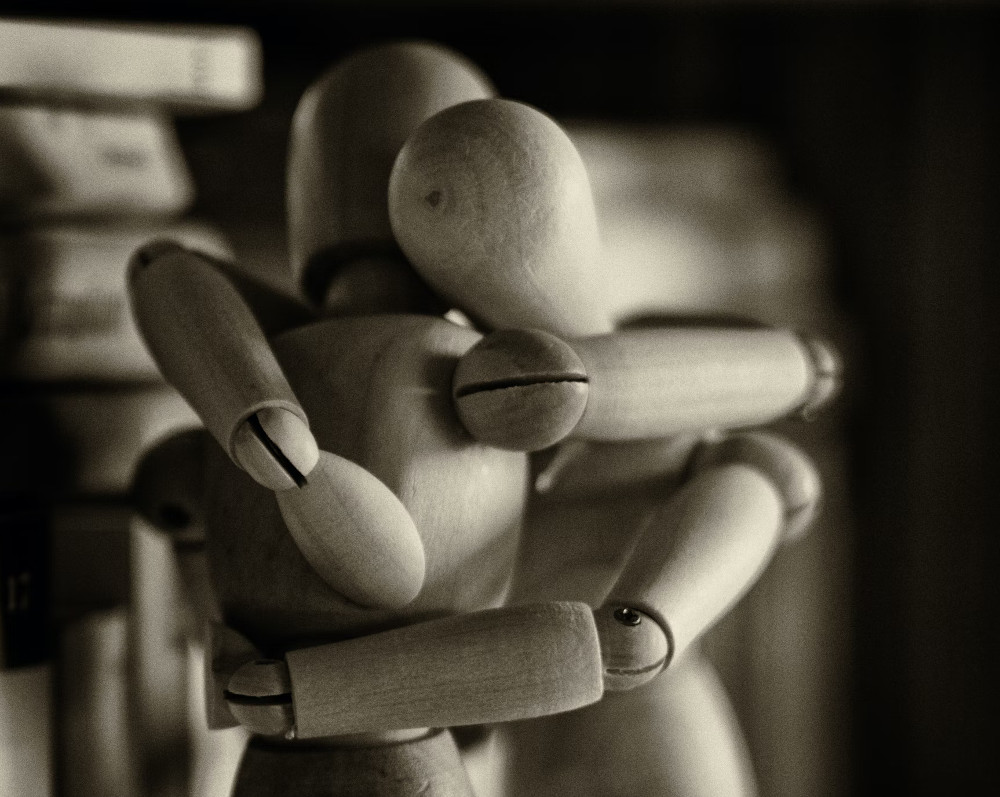 Dr. Flo looked up from her paper in amazement, taking a moment to remember to breathe and contemplate.  So much shifting in my attitude and outlook in only two weeks’ time, she thought, simultaneously noticing the gentle but firm tug on her collar as the Part of her not yet willing to celebrate for fear of disappointment kept her in check.  “Okay, okay, I give, I agree, let’s stay moderate, let’s stay contained,” Flo said to the Other, appreciating the suggestion.

Dr. Flo changed course and began taking a realistic inventory of her experiences over the past two weeks.  Maybe I’m beginning to collect a little Hope and Strength to go along with the Experience that I have to share, she thought.  Let’s see here…What’s helped me arrive at this present reprieve from the agony of the Withdrawal experience?

Besides the seven to eight hours four days a week of paid opportunity to “get out of self” and focus witnessing observer eyes on the plight of another - oh how grateful I am that I was led to this profession, Dr. Flo thought.  Every day of “work,” I get to practice the alchemy of turning the pain of my experience into gifts of understanding, hope, and strength for those who request my services.  What a freaking gift.

What else has been helping? Flo thought.  Her mind flashed across the seemingly arbitrary interval of time that we refer to as “a week.”

“Twelve step Zoom meetings are a gift straight from God,” she said aloud, turning around in her chair to see if Chop had a reaction to that opinion.  Dr. Flo grinned as she watched Chop’s head bob up and down in agreement with the statement, not missing a beat in spite of the fact that her Mario Cart was mid-air on the television, her fingers furiously working the Nintendo controller.  Having the resources and the means to attend - and intermittently share when she could muster the courage - at least one twelve step meeting per day had been a Saving Grace.  I can’t imagine making it to this point and thinking and feeling this way without having access to these online meetings.  Attendance once per week at her favorite in person AA meeting had also felt an instrumental aspect of her current position, not to mention the invitation she had accepted last weekend to watch one of her closest friends in the program get her 36-year sobriety chip.

Meeting attendance had been an absolute necessity, and even just knowing that a meeting was available and happening somewhere anytime if she needed it was kind of like having a parachute.  Attending the various multiple types of twelve step meetings that Flo qualified for including AA, SLAA, and Codependents’ Anonymous (CODA), Dr. Flo couldn’t imagine coping well without each of those types of meetings availability.  She had even found the pre-contemplative motivation to silently observe a Marijuana Anonymous meeting last night, and she felt encouraged to hear a newcomer speak about her own pre-contemplative uncertainty regarding that particularly special issue.  It wasn’t just work and meetings though.  Receiving daily reminders from Hunter of her lovability and self-worth and spending time with him digging into and finding language to talk deeply about Spiritual Transformation and Fulfillment was at the top of her list of Things That Have Been Helping.

The list began to grow as Dr. Flo thought back over the past several months of daily check-ins with a friend she had met over a decade ago who recently popped back up in her orbit and collided with Flo synchronistically, reigniting the original fire that had brought her into the rooms when she stumbled upon Melody Beattie’s books about codependency in the spring of 2015.

Having moved into the role of Fellow Traveler with Elektra (as opposed to the role of Sponsor) as Dr. Flo had accepted the reality of her current position somewhere between Step Zero and Step Four in various programs, she had shared some of her favorite audio recordings of Pia Mellody’s wisdom with Elektra.  Watching and listening to Elektra’s reaction to Pia Mellody’s  description of her own authentic lived truth brought goose bumps indicative of the power of interconnectivity to Dr. Flo’s arms.  Dr. Flo had always felt enamored with the way that Pia speaks so resolutely about her relationship with her Higher Power, referring to her Higher Power as “It” and making reference to “It” as an Energy one is always in relationship with whether known or not, that was the stuff that really got Dr. Flo going.

All that along with regular engagement with a community based out of Portland, a group of people living across the country who meet every morning at the same time to practice what is known as “circling” and what is otherwise known as “authentic relating.”  For the past year and a half, Flo had joined them as often as possible on Fridays, Saturdays, and Sundays to engage in the presence and relationship building practice for an hour at a time.  Experiencing the “container” in which “space was held” for Flo while she sobbed and said whatever was true for her in the moment was cathartic, a place for grieving, a place for experiencing a felt sense of genuine nurturing by the collective.  The inventory of What Has Been Helping was coming to an end, although Flo could have spent more time elaborating as well as adding more and more to the list.  Some of it will take more time to describe than I have today, Flo thought, congratulating herself for the self-care implied in that sentiment.

Dr. Flo placed bullet points on the list as a reminder for further discussion:

“What we really have is a daily reprieve contingent on the maintenance of our spiritual condition,” Dr. Flo heard from inside and outside her own mind, various voices all unanimous in gratitude for the mercy and grace they had been shown.