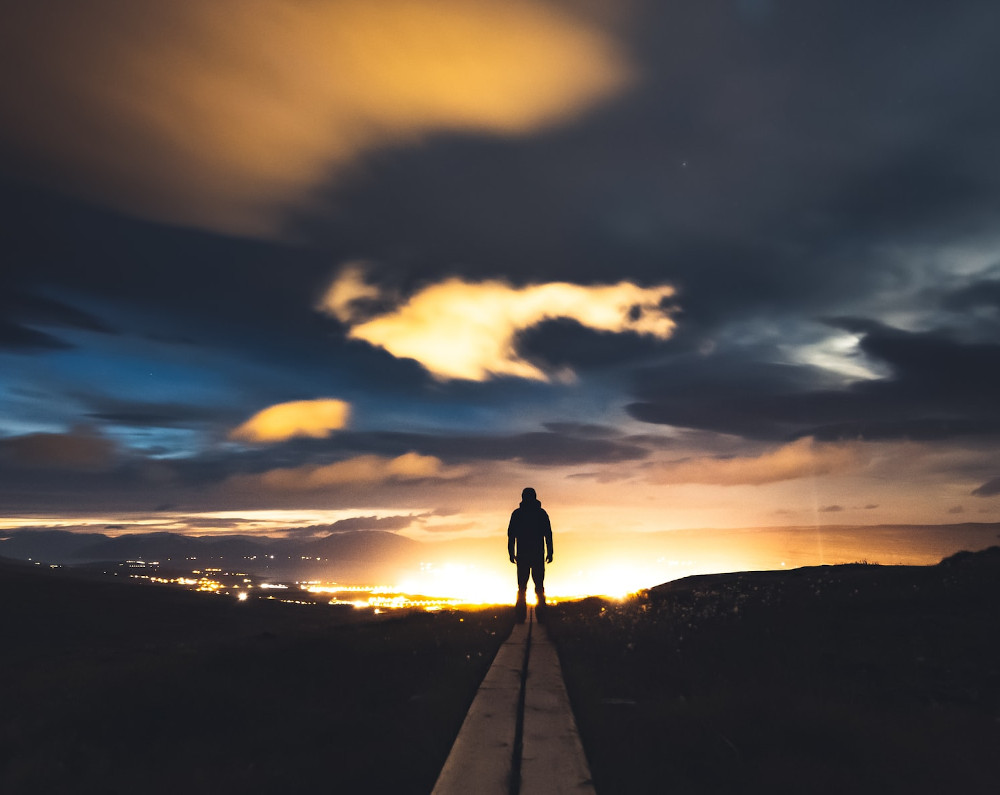 Milo rolled over, adjusting his pillows as he allowed his body to sink further into the King sized bed that filled the majority of the room in his new apartment.  He felt so lucky and so grateful - followed by the guilt accompanying his awareness of the privileges that led him to the comfort of this moment - that his everyday view upon awakening now includes a sliver of the bay.  Waking up in this room everyday for almost a month now was more refreshing and nourishing to his body, mind, and spirit than he could have predicted, and he recognized again the sense of coming back to himself, of re-engaging with Life.

Milo’s alarm went off, and he reached for his phone to silence the noise associated with the irritant of Time.  Upon swiping away the clock feature on the phone, Milo noticed the text message that had apparently been waiting for him the past ten minutes.  A tinge of fear mixed with excitement tiptoed through his spinal cord as the words of the text from Madeline made contact with his prefrontal cortex: Still good for 10am tomorrow? Milo spent more seconds than he would have liked calculating the possible reactions Madeline might have to various choices of response and finally settled on:  Oh yes, looking forward to it! Still works for you? To which he received a reply in the affirmative.

His date with Madeline thus confirmed, he allowed the phone to slide from his hands, and rolled over again, this time pulling the covers up over his head.  He observed his mind erupt with cascades of obsessive thinking:  Am I ready for this? Would I ever be “READY” for this? When Kari first left, I told myself I wouldn’t even consider dating for at least a year, and the six month mark of the separation is still more than a week away.  At least the divorce is final.  But I haven’t completed the stepwork I said I was going to do before I ever went on another date.  I haven’t written the Dating Plan that I know I “SHOULD'' have before even contemplating this.  Am I behaving like whatever the equivalent to “Cafeteria Catholic” in Sex and Love Addicts Anonymous is? Picking and choosing which parts of the program I’m going to subscribe to based on convenience and what feels “right” at the moment? That’s how we got here - Grief-stricken and Divorced - in the first place! Damnit, Damnit, Damnit! What am I doing? What if? What if? What if? And on and on and on it went in Milo’s head, as he burrowed deeper into the elusive safety of the pillows and blankets.

It didn’t stop there.  But THIS is different.  My situation is DIFFERENT.  Milo rolled his eyes at himself, imagining how stereotypically addict-like he must sound. But it is different! I’ve known Madeline for nine years.  We met in a BOOK CLUB for God’s sake.  We went on dates before.  Things did not get “out of hand” with her on those dates, and I hardly had any awareness of my sex and love addiction at that time!  She had good boundaries.  She was too mature for me six years ago when I made the choice between her and Kari.  Maybe we’ll be on similar wavelengths now. Maybe the timing is finally right?!  Maybe I should STOP OVERTHINKING THIS!?

It still didn’t stop there.  I really should get a sponsor in SLAA. But the idea of someone else telling me what I HAVE to do.  Ughhhh I can’t do it!! I won’t accept it.  I want to be the captain of my own ship.  Scratch that - I want my Higher Power to be the Captain, and I’ll be the co-pilot.  Or the other way around.  Or we’ll take turns or something!! I am going to drive myself even more crazy than Gnarls Barkley.  This is what CRAZY is, people! THIS!!!!

Using the physical force of pushing his head out from under all the bed stuff to interrupt the Crazy Train that his mind had temporarily become, Milo sat up and called out, “Dr. Flo!” He heard rustling in the kitchen but no verbal answer.  “Hey, Flo, are you in there? Could you come here for a minute?” Milo called.

“Good morning, my sweet boy,” Dr. Flo’s words sounded like the hymns of angels to Milo’s ears.  Just hearing her refer to him this way soothed his system and immediately slowed the pace of the avalanche of thoughts that had been threatening to bury him just moments prior.  “What’s up? What do you need? Want some coffee?” Flo offered her cup to him.  Milo took the cup and leaned back on the pillows, relaxing in the presence of his friend and confidante.  Holding the warm cup in his hands reminded him of the things he had been learning over the years, the comforting and not so comforting Realities that he had been confronting, hiding from, facing, fighting, and approaching again and again and again.  That’s what Life requires, that’s what Life is made of, that’s what makes Life worth living, the voice in Milo’s head said, the quality and tone of the content of his thoughts having shifted, presumably as a result of asking for help, centering himself, and embracing himself as is in the moment.  “Sure helps to write it all down in black and white, doesn’t it?” Dr. Flo said contemplatively, as she stared out the window at the bay.

“Indeed,” Milo agreed, reaching for his journal, as lyrics of that song “Crazy” written by Cee-Lo Green of Gnarls Barkley played like an earworm in his mind. One particular verse played in his mind in a loop, and Milo chose to take it as a “God Shot:”

That’s my only advice.