There it is Again

There it is Again 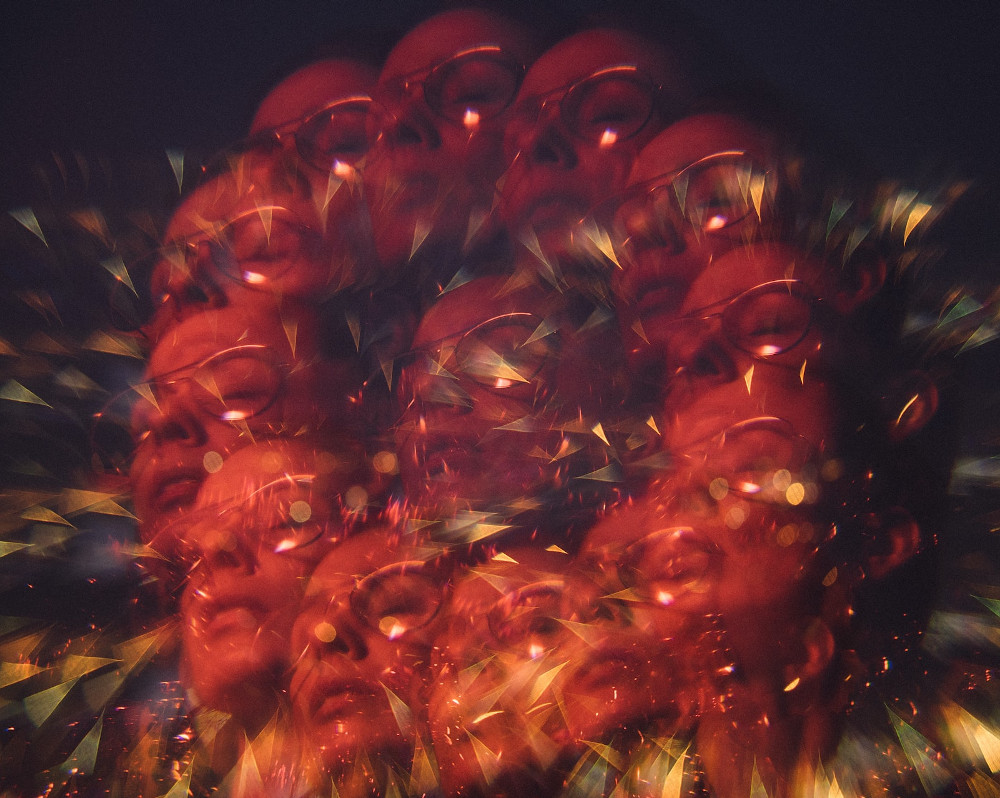 Dr. Flo sat propped up in bed, staring at the empty document aglow with the blinking cursor on her new Macbook. Noticing the way it felt to admit to her recent purchase, she deepened her breath as the combination of embarrassment, guilt, and anxiety slowly rose and spread throughout her chest and into her throat.  Damn, you’re sensitive, Flo, said the Voice in her head, mildly irritated in its tone.  Becoming more annoyed as the minutes ticked away, she succeeded in brushing these judgments off, and she allowed her mind to drift to images of simpler times.  Pondering this, collections of stained glass fragments waltzed and darted through her mind, representative of her memories and rotating through and out like the circular patterns glimpsed through a kaleidoscope.

Was there a time when things were simpler? Dr. Flo wondered pensively as the light reflected from the images in her mind.  The answer was yes, but relatively.  Relative in the sense that there was a time in the late eighties and mid nineties probably best characterized as blissful ignorance in Dr. Flo’s life.  Although these days her life almost always seemed pretty darn serious, Flo couldn’t help but catch a glimpse of Hindsight’s knowing smile and quick wink as her mind floated back to a specific period of time.  Back to that “simpler” era in elementary school when Flo’s biggest challenge involved her capacity to endure - without throwing an actual tantrum - the evening dose of piano practice regularly required by her mother and grandmother. To her credit - or depending on how one might choose to frame it - to her disgrace - the permission she received near the end of her third grade year to cease and desist from her Yamaha keyboard might be evidence enough for personality traits gifted to her by Nature.

If One were to really drill down into it though, if Dr. Flo’s passionate persistence was called in for questioning, Fingers would most likely be pointed at both Nature and Nurture.  Yep, Flo had pretty much always found herself at the ready when presented with an opportunity to do battle for self-respect and her perceived right for independent opinion. Once again, however, Dr. Flo grudgingly recognized within herself what felt like an incongruent shard, a piece of her personality pie that Flo found embarrassing.  More specifically, Flo’s awareness of the intensity of her concern for her reputation was - to put it frankly - simply not in alignment with her professed values.  Ironically, Dr. Flo’s perfectionist persona tended to make the most noise about this; Flo almost laughed out loud thinking about just how much this paradoxical quandary got under Leo’s skin.

The unmistakable sound of her wife Kari’s voice greeting their kittens as she returned home from her daily walk to their mailbox brought Flo back into the present moment of the external world.  Dr. Flo smiled, imagining the cuddle fest likely happening between Kari and the three kittens at the doorway.  Returning to consider the words she had written before her wife’s voice caught her attention, Flo noticed as old and familiar Funny Feelings made their presence known.  Clarity presented itself as the words passed through Dr. Flo’s mind and made their way to the screen in front of her via the tapping of her fingertips on the computer’s keyboard. “Oh my God, the damn Duct Tape has grown back!” Dr. Flo’s eyes widened as she said out loud what she recognized as the sound of truth.

Come back. Over here. This way, The Voice beckoned gently.  Obediently, Flo surrendered.