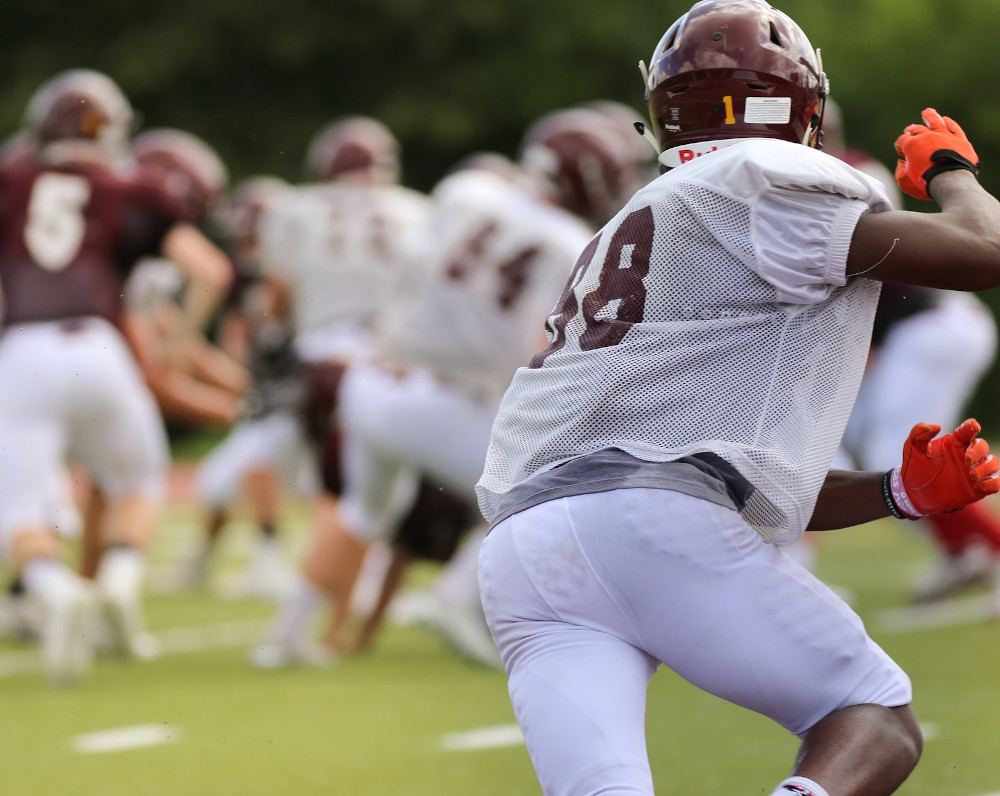 “…Who is this young man. Have you ascertained that yet?”

When I was his age, I wasn’t headed to a Division I institution to play ball. I barely finished high school. My ambition was to leave Kalamazoo MI, move to Los Angeles, smoke weed, live on the beach and get laid. When I was his age, I wasn’t interested in being of benefit to my community. Robert Ringer was my favorite author and his work Looking Out for # 1 was the number one best seller in my world. When I was his age, I wasn’t thinking about owning a record label, a barbershop or a corner store or developing and giving back to my community. I was about stealing money from our family business so I could have all the clothes and material shit I wanted. I was about stealing weed from my sister’s boyfriend’s stash to get high as often as I liked. The only store you could have interested me in owning was a liquor store.

Who Is He? Terry is young, naïve and sometimes acts juvenile. But he has his head on straight. He has a vision for his life and the future of his community. Terry is a much more mature and stable young man than I was when I was his age. He gets into trouble and acts like a knucklehead at times. He has growing to do and sometimes he’s full of himself. As my old man used to say, “…he thinks his shit doesn’t stink…”

I can relate but this wasn’t always the case. When all that shit was going down in my life, I didn’t think any of it would be of any redeeming value. When I was doing and selling drugs, I didn’t know this would help me understand the pull and lure of this shit one day for a young man in Terry’s situation. When I was barely able to get out of high school, I didn’t know it would help me understand how someone with Terry’s potential could act out in school to the point of being removed from a school assembly and placed in detention. I can relate. Who Is He? Who woulda thunk when I was sitting in jail, for who the fuck knows what this time, I was being fashioned and prepared to speak to Terry about what happens when you throw away opportunities? I had no idea I was being prepared to share with him what life looks like when the winning streak is over, you regret your lost potential and you’re asking yourself “what if”.

Who is He? I can see him. I can see him in the Pro Football Hall of Fame. I can see him becoming Box Office and a Sports Celebrity. I can see him owning businesses, giving back and having a positive impact on the community. I can see Terry being all that. But life has taught me an important lesson. Failure is a great clarifier. You got to go thru shit to do some shit of any consequence. Why? Pressure burst pipes. Terry’s got shit to learn to get to his dreams and aspirations. He doesn’t have a clue right now that without paying his dues, ain’t shit happening. He’s cool and mature but, at times, he’s also full of shit. He’s got shit to go thru and experience to be who he’s supposed to be and become and get where he thinks he wants to go. Who Is He? Who the fuck are any of us?

African American Business and Thought Leader Booker T. Washington once said “…you don’t judge a man by the heights of his achievements. You judge him by the stairs he had to climb …” We all have shit in our past. We have all done things and had things done to us that are a fucking source of regret. We are less than proud of this shit but it provides us with them damn steps. This shit is true for Terry. This shit is true for all of us. Who Is He or who the hell are we? We’re not defined by the past. Who Terry is and who we are is a matter of the steps we take on the journey to wherever the fuck we’re headed. I can see Terry doing great shit in life because I too had to go thru shit to be able to make a difference or be of any fucking good for others. Life is funny this way. It’s the fucking experiences that threaten to take us out that provide us the greatest opportunities to see the best of what’s possible for others and ourselves. It’s the shit I wouldn’t wish on my worst enemy, that if I can push thru or rise above, that gives me a glimpse of a true north or a new heaven and a new earth. This is true for Terry. This shit is true for me and true for all of us.

Who is He? I see in Terry a young man I wish I could have been when I was his age. Then I think again and ask myself “…who are any of us?” Scripture records “…by their fruit you shall know them…” At the end of the day, that’s the fucking best that can be said for any of us. By our fruit, people know who the fuck we are. This is also how we’ll know who Terry is.